The Chiefs announced that they have released Darrelle Revis. The cornerback would have been guaranteed $8.8MM if he were still on the Chiefs’ roster on March 19, so the move comes as no surprise. 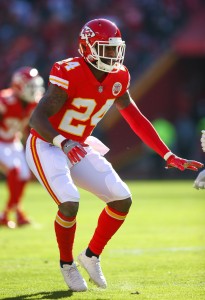 The Chiefs signed Revis in November with the hope that he could help bolster their secondary. The results were not great – Revis’ overall score from Pro Football Focus was a below-average 57.2. If he had enough snaps to qualify, he would have been outside of PFF’s top 90 cornerbacks for the year. In his final year with the Jets, Revis’ graded out as PFF’s No. 64 corner in 2016, which would place him right at the tail end of acceptable play. Clearly, Revis is on the backend of his career and it might just be over given the questions about his work ethic and motivation.

In five games with KC, Revis totaled two passes defensed and eleven tackles. His last season as an elite cornerback came with the Patriots in 2014 when he started in all 16 games and tallied five interceptions en-route to a Pro Bowl nod and a First-Team All-Pro selection.

Between the trade of Alex Smith and release of Revis, the Chiefs have created roughly $21.5MM in cap space. There are still holes to fill, but the Chiefs have positioned themselves well for what lies ahead in March.

With Revis out of the picture, the Chiefs may move the newly-acquired Kendall Fuller to the outside, pairing him with Marcus Peters as a starting cornerback with Steven Nelson handling the slot. Alternatively, the Chiefs could still go shopping for a CB2, which would allow Fuller to continue at nickel.