This week, the Colts are expected to formally announce the hire of Patriots offensive coordinator Josh McDaniels as their new head coach. It’s unclear who the Colts’ next OC will be, but the organization may be nudging McDaniels in the direction of former Seahawks play caller Darrell Bevell. During the head coaching interview process, Colts brass was asking candidates if they’d consider hiring Bevell as OC, according to Albert Breer of The MMQB (on Twitter). 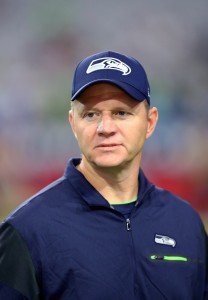 McDaniels, of course, is expected to have a large degree of control over the hire, so the team could still go in a different direction even if GM Chris Ballard & Co. want Bevell to be the pick. It’s also anticipated that McDaniels will be the one calling plays in Indianapolis, so the OC there won’t have the usual degree of control. That’s may be music to the ears of some Colts fans who are turned off by the inconsistency of the Seahawks’ offense under Bevell and his sometimes questionable in-game decisions.

Back in January, it was reported that Raiders quarterbacks coach Jake Peetz would be Indianapolis’ new OC. In the coming days, we should have a definitive answer on whether the hire will be Bevell or Peetz.