Su’a Cravens wants to return to football in 2018 and he took a major step towards that goal on Monday. The Redskins safety has applied for reinstatement from the reserve/left squad list, a source tells Ian Rapoport of NFL.com (on Twitter). 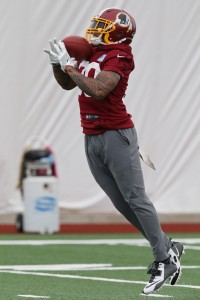 Last September, Cravens shocked the Redskins when he informed the team that he would be retiring. Hours later, he reversed that decision. The team initially placed him on the NFI (non-football injury) list to give him some time to consider his football future, but they parked him on the reserve/left squad list weeks later when he was still on the fence.

The versatile defender was diagnosed with Post Concussion Syndrome, but he is now “asymptomatic and cleared to return back to all things football,” according to a statement released by his agent in December. What isn’t clear is whether the Redskins actually want him back. In theory, the Redskins could cut or trade Cravens and amp up the playing time of rising sophomore Montae Nicholson.

If Cravens is in a good place physically and mentally, he could draw interest from teams looking for help in the secondary as well as the linebacker level.