The Falcons are meeting with outside linebacker Pernell McPhee, according to an announcement from the team. McPhee met with the Redskins on Sunday night but left without signing a deal. 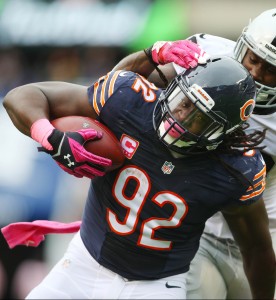 McPhee, 29, spent the past three seasons with the Bears. He tallied 14 sacks and 75 tackles for Chicago even as he was slowed by injuries. He probably has to be kept on a pitch count at this point, but he could thrive in a pass rush rotation.

The Falcons are on the look out for pass rushing help after Adrian Clayborn signed with the Patriots. The Falcons have yet to sign an outside linebacker or defensive end this month.