Tight end Martellus Bennett announced on his Twitter account (link) that’s he’s “moving on” from football after a 10-year career in the NFL. Though Bennett never used the word “retire” in his Twitter post, he confirmed in to NFL.com’s Tom Pelissero that he is retiring from the league. 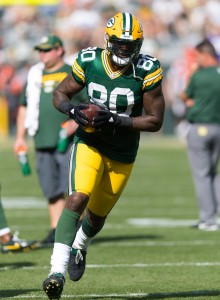 “I’ve decided to move on from the world of football and into the fantastical and wondrous world of creativity,” Bennett said in a Twitter message. “I’m beginning what I believe to be my life’s work.”

In a mid-season Instagram post while with the Packers, Bennett said he anticipated this past season would be his last. However, Ian Rapoport of NFL.com reported last month that Bennett intended on returning for the 2018 season.

Bennett, 31, appeared in seven games for the Packers last season before being waived and picked up by the Patriots. The Patriots released Bennett earlier this month after he ended the season on injured reserve with a shoulder injury. He totaled 30 catches for 286 yards receiving without a touchdown catch this past season between his time with the Packers and Patriots.

The Cowboys originally took Bennett in the second round of the 2008 draft out of Texas A&M. He spent four years with the Cowboys before playing a season with the Giants and then four with the Bears. Bennett’s Pro Bowl campaign came with the Bears in 2014 when he tallied career highs in receptions (90) and receiving yards (996) while catching six touchdowns. He had appeared in at least 14 games in eight of his first nine seasons before appearing in just nine last year.

It’s been an eventful day for the Bennett family. Earlier Friday, Michael Bennett was indicted on felony charges in Texas for his involvement in an incident at NRG Stadium during Super Bowl LI.