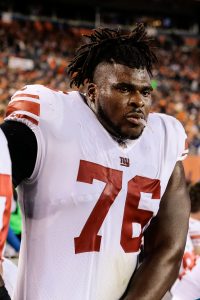 Fluker, a former first-round pick, appeared in nine games with six starts for the Giants in 2017. He was ranked as Pro Football Focus’ No. 56 ranked player at the position, placing him as a low-end starter/high-end backup. He earned much better grades during his first two seasons in the league as a tackle with the Chargers.

Last year, the Seahawks’ offensive line surrendered 209 pressures, per Pro Football Focus, as their zone blocking scheme netted them very little on outside zone runs. Seattle hopes that Fluker will help bolster a unit that has been a weak spot for multiple seasons.

Fluker also met with the Colts before signing with Seattle.