The Vikings’ reported Sheldon Richardson interest turned out to be very real. They are bringing the UFA defensive lineman in for a visit on Thursday, Mike Florio of Pro Football Talk reports (on Twitter). 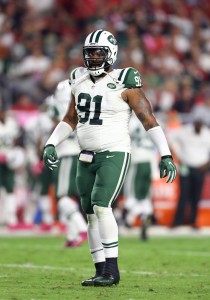 This is the first known visit for Richardson, who is one of the best players still on the market. And the Vikings have a need at defensive tackle. Linval Joseph‘s 2017 running mate, Tom Johnson, is also a free agent and will be 34 this year.

Richardson, 27, is entering his sixth year and should be a costly free agent. The 2013 defensive rookie of the year graded as the No. 27 interior defender, per Pro Football Focus, last season. He wasn’t able to make the kind of statistical impact in Seattle that he did during some of his best Jets seasons, registering just one sack, but he would stand to be an upgrade for a Vikings team that’s shown it’s ready to make the payments necessary to put itself in top Super Bowl position.

Minnesota technically still has $50MM in cap space, but once the expected Kirk Cousins deal is finalized, that number will shrink dramatically. But the Vikings did not have many needs coming into this offseason. And adding Cousins and Richardson would stand to improve one of the league’s best rosters.