The Saints have re-signed Zach Line, according to Nick Underhill of The Advocate (on Twitter). The fullback returns on a new two-year deal. 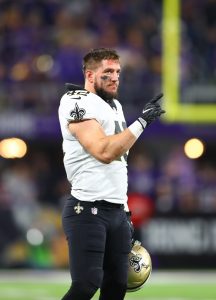 Line had a limited market this offseason since most teams in the NFL do not employ a fullback. The ones that do – like the Raiders and Cowboys – have already found their FB solutions elsewhere.

Last year, Line joined the Saints after John Kuhn landed on IR. He saw time on 168 snaps on offense plus 126 on special teams in 12 games. Line graded out as the third-best fullback in the NFL, per Pro Football Focus, placing behind only Patrick Ricard (Ravens) and James Develin (Patriots).