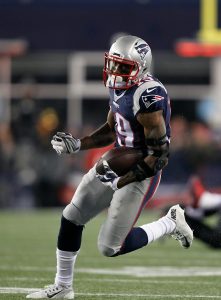 One comment on “Latest On Patriots WR Malcolm Mitchell”