Last week, reports that the Steelers were listening to trade offers for running back Le’Veon Bell became the latest development in the long and winding Bell saga. Today, Ian Rapoport of NFL.com (video link) reports that Pittsburgh is actively shopping Bell and is not simply waiting on calls from rival clubs. 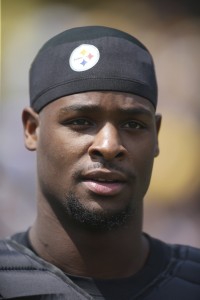 In addition to the obvious complications to finalizing a Bell trade — which Mike Florio of Pro Football Talk laid out again today — Rapoport says that the Steelers’ asking price is reportedly too high for other teams at the moment. RapSheet indicates that Pittsburgh is currently asking for a second-round pick and a player in exchange for Bell, which another club is almost certainly not going to give up. Bell’s talent doubtlessly merits such a return, but the fact that he will effectively be a one-year rental — and an expensive rental at that — will limit what the Steelers can get in a Bell swap.

Right now, however, it appears that Pittsburgh is not in any rush to lower its demands. As Jason La Canfora of CBS Sports points out, the trade deadline is still a month away, and the Steelers are currently willing to let the market develop. La Canfora adds that the Jets and 49ers have made “exploratory calls” to Pittsburgh, though San Francisco’s interest in Bell may no longer be very high after the team lost starting quarterback Jimmy Garoppolo for the season.

The Eagles, though, are also interested, per La Canfora. The Eagles are obvious contenders and have suffered a number of injuries to their backfield that could prompt the ever-aggressive Howie Roseman to get creative in his push for back-to-back titles. Philadelphia would of course need to clear some cap space in order to acquire Bell, but there are ways to do that (like jettisoning backup QB Nick Foles).

La Canfora writes that the Steelers would be willing to deal one disgruntled star for another by sending Bell to the Seahawks in exchange for safety Earl Thomas, but there has been no contact between Pittsburgh and Seattle at this point.

Indeed, Adam Schefter of ESPN.com reports that no team has been aggressive in pursuing Bell thus far. That jibes with a tweet from ESPN’s Jeremy Fowler, who says that there is minimal trade buzz surrounding Bell at the moment.

Schefter also notes that, the longer Bell stays away from the Steelers, the more he could lose on his 2019 pay. For instance, if any team were to use the transition tag on Bell next season, the tag number would be 120 percent of this season’s salary, so the more 2018 game checks Bell misses out on, the lower the tag number would be. Of course, Bell could appeal such a matter to an arbitrator, but his holdout is becoming riskier with each passing week.