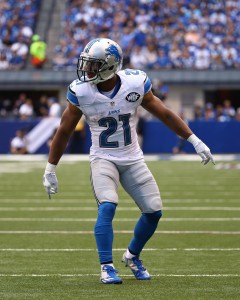 Abdullah entered the league with lots of hype as a second-round pick in 2015, but injuries prevented him from doing much of anything after his rookie season. This year, Abdullah has been mostly inactive behind rookie star Kerryon Johnson, LeGarrette Blount, and pass-catching specialist Theo Riddick. Rapoport notes that the Lions had trade talks about the Nebraska product before the deadline, but the team was unable to find a deal. Now, he’ll have an opportunity to start fresh somewhere else.

Ellington spent most of the 2018 season on Houston’s injured reserve as he dealt with a hamstring injury, but the 27-year-old was recently cleared by doctors to play. While it was once assumed that the Texans would activate the receiver, their acquisition of Demaryius Thomas (and quick recovery of KekeCoutee) changed things. Ellington ultimately got released off of IR late last month.

The 2014 fourth-round pick signed with Houston back in 2017, and finished that campaign with 29 receptions for 330 yards and two touchdowns. He was underwhelming through Houston’s first three games in 2018, as he only hauled in eight receptions for 92 yards and one score. But, Ellington can contribute on special teams for Detroit and could carve out a role for himself at receiver in the wake of the Golden Tate trade.