Former Eagles first-rounder Marcus Smith worked out for the Colts this week, according to Ian Rapoport of NFL.com (on Twitter). The defensive end spent time with the Redskins earlier season, but his stint in D.C. lasted less than two weeks. 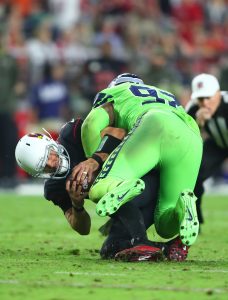 Smith entered the league with tons of hype for his athletic ability, but he has not been able to piece it altogether. He was largely ineffective for the Eagles and his second act with the Seahawks ended this summer when he flirted with retirement. Smith did manage 2.5 sacks in both 2016 and 2017, but he has never started an NFL game in his five seasons.

With two games to go, the Colts have a 34% chance of reaching the postseason, per FiveThirtyEight. With wins over the Giants and Titans, they’ll be virtually assured of a Wild Card spot.