The Packers will give interim head coach Joe Philbin a chance at removing the interim tag. The two sides will have their official interview on Thursday or Friday, according to Rob Demovsky of ESPN.com (on Twitter). 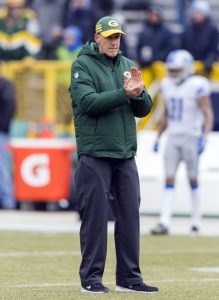 Philbin is in the mix, but he’ll have to outshine a number of impressive candidates to walk away with the job. Already, the Packers have scheduled sit-downs with Patriots offensive coordinator Josh McDaniels, Saints assistant head coach Dan Campbell, and Titans offensive coordinator Matt LaFleur. After meeting with Philbin, Packers brass will hit the road to meet with each of their coaches. Campbell and McDaniels, of course, will be taking time from their playoff preparations to speak with Green Bay.