Not only will the Steelers be entertaining trade offers for Antonio Brown, but ESPN’s Chris Mortensen expects Brown to be dealt by the first week of March (video link). Mortensen says the star wideout has ignored phone calls from ownership and from head coach Mike Tomlin, and while he has had some communication with support staff, it looks as though he is trying to separate himself from Pittsburgh. 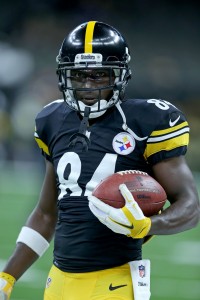 Brown is due a $2.5MM roster bonus when the new league year begins in March, and Mortensen believes the Steelers will trade Brown before they have to pay that bonus. While Brown’s significant salary cap hit has been cited as a deterrent to such a trade, Mortensen observes that the Steelers will be credited with $14.5MM towards the 2019 cap because of the Le’Veon Bell situation, and if the team extends quarterback Ben Roethlisberger as expected, that could open up more cap space.

Jeremy Fowler of ESPN.com tweets that one NFL GM believes Brown will not be traded and that the Steelers will be able to resolve their differences with him. But if that does not happen, Pittsburgh may have enough cap flexibility to make a trade feasible.

The Steelers are said to be seeking at least a first-round pick in exchange for the increasingly-mercurial Brown.

83 comments on “Steelers Expected To Trade Antonio Brown By March?”