The 49ers are signing former Chargers’ cornerback Jason Verrett to a one-year, $3.6MM deal, a source tells Adam Schefter of ESPN.com (on Twitter). The former first-round pick has played in just five games over the last three years, but he could be a strong value signing if he stays on the field. 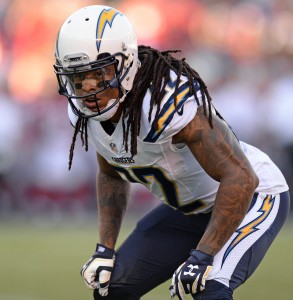 Verrett missed the entire 2018 campaign after suffering a torn Achilles during a conditioning test last July. The Texans and Chiefs were also said to have had interest in Verrett, but they were also closely looking into his health situation.

Verrett was a Pro Bowler in 2015 and looked primed to establish himself as one of the best young corners in the league. Reportedly, before the latest injury, he looked like his old self in practice, so there’s reason to believe that he’ll make the most of his one-year prove-it deal.

The Niners made major upgrades to their defense this week, signing Kwon Alexander and trading for (and extending) Dee Ford. They also made an offer to cornerback Bradley Roby before he chose to sign with the Texans. They didn’t land Roby, but they got another former first-round pick out of the AFC West in Verrett.