Free agent offensive tackle Ereck Flowers is visiting the Redskins tonight, per Adam Schefter of ESPN.com (via Twitter). Flowers was selected by the division-rival Giants in the first round of the 2015 draft but never lived up to his pedigree. New York cut him last October and he subsequently caught on with the Jaguars, starting seven games at left tackle for Jacksonville. 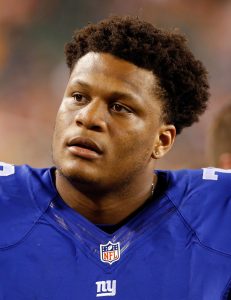 He played decently for the Jags, and surprisingly graded out as an above average offensive tackle in 2018, per Pro Football Focus’ advanced metrics. However, his tenure with the Giants was mostly a disaster, as he yielded the most quarterback pressures of any offensive lineman in the league from Week 1 of his rookie campaign to Week 2 of 2018, his last appearance with Big Blue. Even after the Giants switched Flowers from left tackle to right tackle, they did not see an uptick in performance.

But his improved play with the Jaguars has led to some interest from the Redskins. Washington, of course, has Trent Williams entrenched as its starter at left tackle, but Williams has dealt with suspensions and injuries throughout his career, and he will be 31 when the regular season starts.

Morgan Moses, the Redskins’ right tackle, has started every game for the team since the 2015 season, but he wasn’t great in 2018. Flowers could provide an insurance policy for both Moses and Williams, which the Redskins need now that their former swing tackle, Ty Nsekhe, has signed with the Bills.

If signed by Washington, Flowers would reunite with his 2015 draft mate, Landon Collins.