The Ravens announced that they have waived running back Alex Collins. The move comes hours after Collins was arrested in connection with a Friday morning car crash. 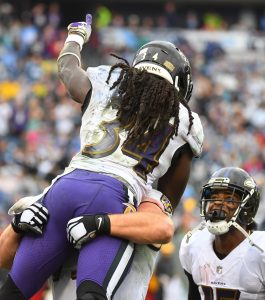 Collins, 25 in August, enjoyed a breakout season in 2017, but was something of an afterthought in 2018. After averaging 4.6 yards per carry as Baltimore’s lead back in 2017, he let down Ravens fans and fantasy players everywhere with a 3.6 yards per carry season. Now, the Ravens are moving forward with Gus Edwards as their lead back and Collins will try to hook on elsewhere.

Collins was unlikely to receive even the lowest possible tender from the Ravens, so the transaction effectively gives him an early jump on free agency. The rest of the league’s available players will not be free to sign until March 13.