Ra’Shede Hageman is back in the NFL, and right back where it all started. Hageman is signing with the Falcons, the team that drafted him in the second round back in 2014, according to Darren Wolfson of KSTP TV (Twitter link). It’s a one-year deal, tweets Tom Pelissero of NFL Network. 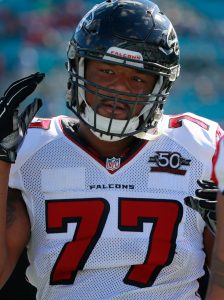 Hageman met with the Falcons last week, so we knew they were interested in a reunion. He’s been out of the league for a couple of years now but drew some legit interest, as the Vikings apparently kicked the tires. Hageman was the 37th overall pick of the 2014 draft, and his career got off to a decent start. But following a domestic violence incident, Hageman was placed on the commissioner’s exempt list in September of 2017 and released not long after.

He was ultimately suspended by the league for six games. He spent the entire 2017 season out of football, and drew interest from the Patriots and Seahawks last offseason but didn’t sign. He was then arrested for a DWI last June. At the time we heard of the Vikings’ interest, the former Minnesota Gopher talked about the need to prove he’d changed off the field.

“It’s been one heck of a two years sitting out and just watching my fellow teammates play, but it’s definitely a learning experience,” Hageman said. “The whole process is just getting back in everybody’s ear (with NFL teams) about me staying out of trouble. You can’t beat around the bush. They obviously want to see consistency with me. I’m letting everybody know that my past is my past.”

Hageman was hit with a two-game suspension for his DWI arrest, so he won’t be eligible to play for the first two games of the 2019 season. He appeared in 44 games with 16 starts during his three years in Atlanta.