The Giants have restructured the contract of guard Kevin Zeitler, according to Field Yates of ESPN.com (on Twitter). The revised contract should give the Giants some much needed flexibility with the anticipated signing of two first-round picks on the horizon. 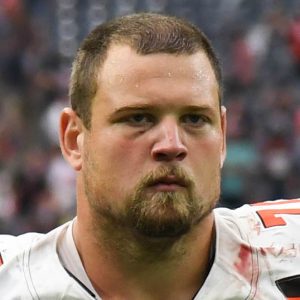 The tweaked contract will convert $7.5MM of Zeitler’s $10MM salary for 2019 into a signing bonus. By doing that, the G-Men have freed up $5MM in cap room for the upcoming season.

Beyond that, Zeitler is signed through 2021 with non-guaranteed salaries of $10MM and $12MM. But, by easing the blow in 2019, his cap hits will go up $2.5MM in each of those seasons. That’s a bridge the Giants can potentially cross next offseason, if they are still in need of wiggle room.

The Giants acquired Zeitler via trade with the Browns in a swap that sent Olivier Vernon to Cleveland. Later, that trade was merged with the Odell Beckham Jr. blockbuster, resulting in the following mega-trade:

In Zeitler, the Giants added one of the league’s best interior linemen. He graded out as Pro Football Focus’ No. 6 ranked guard last season and should provide a huge boost to the club’s front five.
Follow @PFRumors
View Comments (4)
newest oldest