The Jets started their hunt for a new head coach and GM before firing Todd Bowles and Mike Maccagnan, according to Manish Mehta of the Daily News and Ben Volin of the Boston Globe (Twitter link). 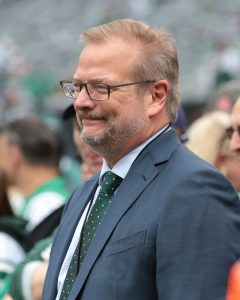 During that same four-week window, Johnson also had back-channel conversations with at least two established coaching candidates without the knowledge of Maccagnan. Those coaches would have had the power to either keep Maccagnan or fire him in favor of their preferred GM.

Eventually, Maccagnan got his turn in the barrel. The Jets sacked Maccagnan in May, but they reached out to at least one potential GM candidate a week before he was handed his pink slip, according to Volin.

This latest example of the Jets’ dysfunction may give pause to the team’s current group of GM candidates.