Late Sunday night, longtime Seahawks wide receiver Doug Baldwin bid farewell to football with a string of heartfelt tweets. He did not use the word “retirement” at any point, but it’s clear that Baldwin is walking away from the game. 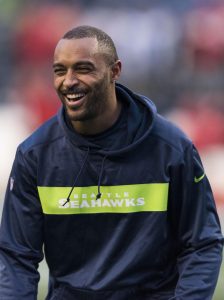 “The end of one journey sees the beginning of another, ” Baldwin wrote towards the end of a letter to his younger self (link). “And, guess what.. it will be one hell of a journey. You will feel emotional and physical pain you never knew existed. You will fail over and over again. But don’t worry, all of it will be the reason why you succeed.”

The Seahawks signed Baldwin as an undrafted free agent out of Stanford in 2011 and he led the Tarvaris Jackson-quarterbacked team in receiving as a rookie before becoming Wilson’s most trusted target. Baldwin was a key member of both Seattle Super Bowl teams this decade, catching touchdown passes in both the Seahawks’ Super Bowl XLVIII win and crushing loss a year later. However, his momentum stalled last season.

Knee, groin and shoulder injuries — which each required surgery — ended Baldwin’s career. But, when Baldwin was healthy, he was a crucial part of the Seahawks’ offense. Wilson‘s ascent into one of the NFL’s best quarterbacks involved lots of help from Baldwin, and there’s no telling where the Seahawks would have been without him. He didn’t end on a statistical high note, but he proved his toughness yet again by suiting up for 13 games last year, despite all of the maladies.

Baldwin, who was released by Seattle last last week, leaves with the second-most touchdown receptions and third-most catches and receiving yards in franchise history, behind only Steve Largent and Brian Blades.

10 comments on “Doug Baldwin Bids Farewell To The NFL”