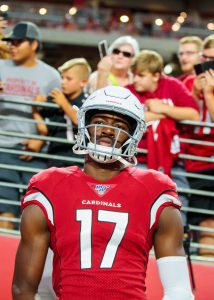 4 comments on “Cardinals To Place WR Hakeem Butler On IR”