Jermon Bushrod is retiring, according to Jane Slater of NFL.com (on Twitter). The offensive lineman will sign a one-day contract with the Saints and make a formal announcement on Thursday during the Saints’ final preseason game. 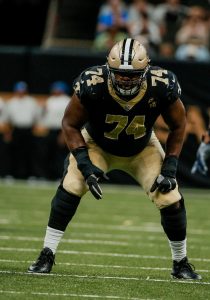 Bushrod, the Saints’ starting left tackle in Super Bowl XLIV, met with the Panthers back in March, but his plans have changed for one reason or another. Prior to his retirement, Bushrod was one of less than 20 players from the 2007 draft to still be active in the NFL.

After starting his career with the Saints, Bushrod spent time with the Bears and Dolphins before returning to New Orleans in 2018. He made six starts and 11 total appearances last season, filling in at left tackle for the injured Terron Armstead. Pro Football Focus assigned Bushrod sub-par grades, ranking him as the league’s No. 59 tackle among 80 qualifiers.