Saints quarterback Drew Brees has been diagnosed with a torn ligament in his right thumb, according to Ian Rapoport of NFL.com (on Twitter). He’ll need surgery to fix the issue, which will likely keep him out for six weeks. 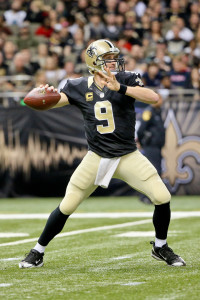 From here, the Saints will have to decide whether to place Brees on injured reserve, or keep him on the active roster. Placing Brees on IR would free up a place on the 53-man squad, but it would rule Brees out for a full eight weeks. Given Brees’ importance to the team, it seems likely that he won’t go on IR, but we should know for sure in the coming hours.

While Brees is out, backup Teddy Bridgewater figures to start for the Saints at quarterback. Of course, Taysom Hill also looms in the background.

Previous to this, Brees hadn’t missed a game since 2015. Even though Brees has beaten the odds, and Father Time, for many years, no one can escape the injury bug forever in football.

Bridgewater is the highest-paid backup in the NFL, and the team gave up draft capital to acquire him in the first place, so they clearly have confidence in the one-time Vikings star. The 26-year-old finished Sunday’s game having completed 17 of his 30 attempts for 165 yards and no touchdowns.