The Lions will work out Maurice Harris on Tuesday, a source tells Mike Garafolo of NFL.com (on Twitter). The former Redskins receiver was said to have had a solid camp with the Patriots, but was waived in late August with an injury settlement after suffering a foot injury. 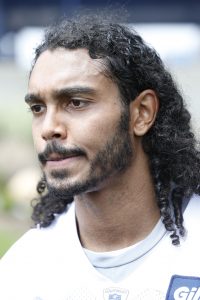 Harris was recently cleared by the acclaimed Dr. Robert Anderson, so it sounds like it’s all systems go for the 26-year-old (27 in November). If he hooks on with the Lions, or another squad, he’ll look to top the watermarks of 28 catches, 304 yards, and 12 touchdowns that he set last year.

The workout could be an indication that Danny Amendola is still recovering from the chest injury that ruled him out against the Chiefs on Sunday. For now, the Lions WR depth chart consists of Amendola, Marvin Jones, Kenny Golladay, Marvin Hall, and the recently promoted Tom Kennedy.

The Lions are 2-1-1 after Sunday’s loss to the Chiefs and will look to rebound against the Packers on Monday night.

2 comments on “Lions To Work Out WR Maurice Harris”