Cyrus Jones‘ Broncos tenure may end up including zero games. The team placed the fourth-year cornerback/return man on its reserve/NFI list on Tuesday, Troy Renck of Denver7 tweets. This move will end his season. 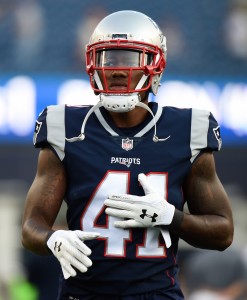 The Broncos claimed cornerback Shakial Taylor off waivers from the Colts. Jones is dealing with an illness, and the Broncos are already shorthanded at corner. Duke Dawson is in concussion protocol, and the team placed Bryce Callahan on IR earlier this month.

Denver claimed Jones off waivers from Baltimore earlier this month but did not play him Sunday in Buffalo. Given the team’s situation at corner, it’s likely Taylor will be active against the Chargers.

Jones had seen scant action on defense this season for the Ravens but remained in his primary return role. The former Patriots second-round pick played well as the Ravens’ punt returner last year but was less effective this season. Jones will be an unrestricted free agent in 2020.

A rookie UDFA out of Kansas, Taylor played in five games for the Colts. Most recently, he played 17 snaps in the Colts’ Week 11 win against the Jaguars. While the Jayhawks have fallen on hard times in recent years, the Broncos have enjoyed great success with corners who spent time in Lawrence. Both Chris Harris and Aqib Talib played at Kansas before becoming All-Pros in Denver.