Myles Jack is headed to injured reserve, as Ian Rapoport of NFL.com tweets. Jack has dealt with a number of injuries this season, so there’s no one known malady keeping him out of action. 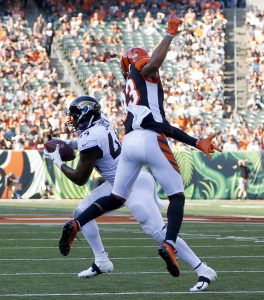 Jack inked a four-year, $57MM extension with the Jaguars prior to the season, a deal that included $33MM guaranteed. Between 2017 and 2018, Jack played in 98% of Jacksonville’s snaps and notched 197 tackles.

As one of the league’s most talented linebackers, he’ll be missed on the field, even though this is a lost season for the 4-8 Jags. The 24-year-old finishes out the year with 66 tackles, one interception, and half-credit for a sack.

Prior to Week 13, Jack had not missed a game in his NFL career. Without the former second-round pick, third-year linebacker Donald Payne figures to hold down the fort at middle linebacker.

Jack hasn’t looked like his usual self this season, so he’ll look to heal up and enter 2020 at 100% health.