Saints To Hold Off On Antonio Brown Signing

The Saints’ Antonio Brown audition doubles as one of the highest-profile occurrences in the history of the in-season workout circuit, but the mercurial superstar does not look to be set for a lengthier New Orleans stay. 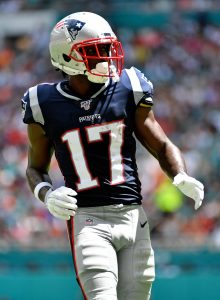 Sean Payton said Friday afternoon the Saints do not plan to sign Brown at this point, adding that this morning’s summit was “due diligence.” While any meeting with Brown would exceed such a qualifier, it may be a moot point — at least for the 2019 season.

The NFL plans to place Brown on the commissioner’s exempt list if a team signs him, Ian Rapoport of NFL.com reports (video link). Payton confirmed (via Josh Alper of Pro Football Talk) that’s the information he’s received from the league. Nevertheless, Brown’s agent, Drew Rosenhaus, indicated he will continue discussions with the Saints, per Adam Schefter of ESPN.com (on Twitter).

The investigation into the two sexual misconduct allegations against the 31-year-old All-Pro remains ongoing, with Schefter noting no end date is known at this point (Twitter link). A Brown return to the league will likely not happen until 2020, and NFL discipline could further delay his re-emergence.

Bringing Brown in without the intention of signing him soon is an interesting move, especially considering Payton indicated the team was not interested in him when he became available in September. The 14th-year Saints HC said Friday he was not being truthful when he previously claimed the team possessed no interest in the superstar talent.

Midway through last season, the Saints worked out then signed Dez Bryant. Their 2019 receiving corps looks similar to how it did at that point, with role players surrounding new single-season reception record-holder Michael Thomas. Ted Ginn, however, has stayed healthy this season. He remains New Orleans’ top Thomas sidekick. Jared Cook, however, serves as the key difference between this year’s Thomas supporting cast and last season’s, with the tight end’s 661 yards second on the team.

17 comments on “Saints To Hold Off On Antonio Brown Signing”