Ben McAdoo is back in the NFL. ESPN’s Dan Graziano reports (via Twitter) that the Jaguars are hiring the 42-year-old as their quarterbacks coach. 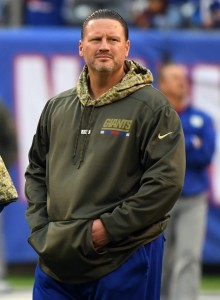 McAdoo climbed up the NFL coaching ranks during his stints with the Saints, 49ers, and Packers. He caught on with the Giants in 2014 as their offensive coordinator, improving the squad from the 28th-highest-scoring offense to the sixth-highest-scoring offense. Ownership and the front office turned to their OC after Tom Coughlin stepped down, making McAdoo their 17th head coach in franchise history.

The Giants went 11-5 during McAdoo’s first season as the helm, although the team lost to the Packers in that year’s Wild Card Game. New York stumbled to a 2-10 record to start the 2017 campaign, and the organization ended up firing both their head coach and general manager Jerry Reese before the end of the year.

Since that time, McAdoo has seemingly been out of football altogether. The coach has worked with the likes of Aaron Rodgers and Eli Manning throughout his career, and he’ll be tasked with guiding Nick Foles and Gardner Minshew in Jacksonville.