Josh Norman will attempt to bounce back with some familiar personnel. The former Panthers and Redskins cornerback agreed to terms with the Bills on a one-year deal, according to Mike Garafolo of NFL.com (on Twitter). 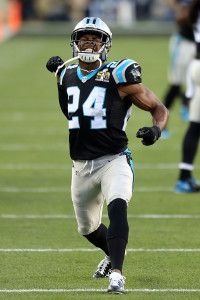 The contract is worth $6MM but could climb to $8MM based on incentives, Garafolo notes. This will reunite Norman with former Panthers defensive coordinator Sean McDermott and ex-Carolina assistant GM Brandon Beane. The top two members of Buffalo’s power structure were with Carolina throughout Norman’s Panthers tenure. Beane revealed the Bills were interested last month.

Several teams expressed some degree of interest, which helps explain the $6MM Bills proposal, but Garafolo adds (via Twitter) Norman opted for Buffalo because of his familiarity with McDermott’s system and the presence of top-tier cornerback Tre’Davious White.

Washington released Norman earlier this year, cutting ties with what was the league’s top cornerback contract for years. The 32-year-old defender will return to the system that turned him from 2012 fifth-round pick to a first-team All-Pro.

As of now, Norman will become Buffalo’s highest-paid cornerback. While the team wants to extend White, the Bills’ CB1 remains attached to his rookie deal. The Bills have fellow rookie-contract cogs Levi Wallace and Taron Johnson in place as well, but Kevin Johnson looms as a free agent. Pro Football Focus graded Kevin Johnson as its No. 24 overall cornerback last season.

Norman dominated during the Panthers’ 2015 season, playing a key role in their run to Super Bowl 50. He intercepted four passes, taking two back for touchdowns. It remains one of the best contract-year performances in modern NFL history. The Panthers rescinded Norman’s franchise tag in April 2016, leading to his five-year, $75MM Redskins pact. He did not match that play in Washington, a tenure that ended with the Redskins benching him last season.

Norman’s $15MM-per-year deal did not produce a Pro Bowl with the Redskins, but he will land on his feet with a chance to become a supporting-caster on a talented Bills roster.