The Steelers are shifting linebacker Ryan Shazier from the reserve/PUP list to the reserve/retired list Tuesday, the team announced in a release. 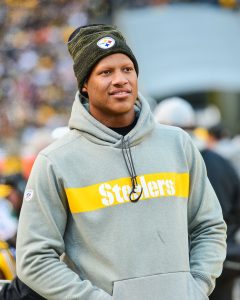 Shazier himself didn’t officially announce he’s giving up on a return to the field, but this would seem to indicate that his playing days are all but over. He spent the past two seasons on the PUP list. By keeping him on the roster the past couple of years he was able to earn a salary, which will likely end now. However, the Steelers announced in their release that this doesn’t mean Shazier won’t be sticking around.

“Ryan’s placement on the Reserve/Retired List serves as a matter of protocol to ensure his continued inclusion within our organization moving forward in his professional career,” said Steelers GM Kevin Colbert in a brief statement. Shazier has been a “fixture in the locker room” and helped mentor and develop rookie first-round linebacker Devin Bush last year, Brooke Pryor of ESPN.com noted in a tweet.

Shazier, of course, was a Pro Bowl linebacker before a devastating spinal injury cut his career short during the 2017 season. Initially feared that he wouldn’t be able to walk again, Shazier battled his way back to being able to run and train, and has been an incredible source of inspiration along the way.

The Ohio State product has never given up on the idea of playing again, and it’s likely he never will. He’ll still be around the team in 2020, and it sounds like coaching could be in his future.