On Thursday, quarterback Tua Tagovailoa recorded an hour long workout and distributed the film to all 32 teams, according to Mike Garafolo and Ian Rapoport of NFL.com (on Twitter). The audition included “55 scripted throws and another 20 throws in a dynamic drill.” 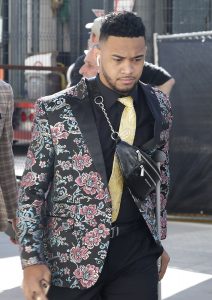 The Alabama star worked out at a local private gym with less than ten people present to safeguard against the transmission of coronavirus. Ultimately, Tagovailoa’s camp is looking to silence concerns about his hip and looking for creative ways to showcase his health in lieu of a traditional pro day.

So far, it seems to be working. A few months ago, some wondered whether Tagovailoa – once presumed to be the No. 1 pick in this year’s class – would be drafted in the first round. Now, all indications are that he’ll be one of the first names called on April 23rd.

The Dolphins have a clear QB need and they’ve been heavily connected to him at No. 5 overall. Unless Oregon’s Justin Herbert is really the guy they want, it sounds like they’ll target him there or, potentially, trade up to guarantee they’ll get him. It’s even possible that the Redskins could nab him with the No. 2 pick, though we’d be shocked if they passed on defensive end Chase Young.

34 comments on “Latest On Tua Tagovailoa”