Taylor Decker has one year to go on his contract, but he hasn’t gotten down to brass tacks with the Lions just yet (Twitter link via Tim Twentyman of the team website). There haven’t been any serious discussions on a new deal, though Decker says he’s gotten good feedback from the team on the whole. 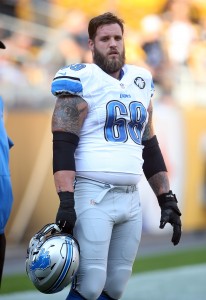 The Lions exercised Decker’s fifth-year option last year, keeping him under contract for $10.35MM for the 2020 season. Even though he says he’s willing to stay patient, he did make a representation change earlier this year, joining up with AMDG Sports, a firm dedicated exclusively to offensive linemen. The group is managed by LeCharles Bentley, who also tutors Decker at his performance center.

Decker lacked consistency in his first three seasons, but he turned a major corner last year. He allowed just seven sacks in 2019, graded out as one of Pro Football Focus’ top five tackles in the NFL, and only improved as the year wore on. For comparison, Decker graded as PFF’s No. 36 tackle in 2018.

In addition to Decker, the Lions will have to leave room for other post-2020 extensions, including wide receiver Kenny Golladay.

3 comments on “No Major Talks Between Lions, Taylor Decker”