The Giants aren’t pursuing Jadeveon Clowney and the same goes for the other tenants of MetLife Stadium. The Jets spoke with the edge rusher’s agent, but they do not have serious interest in signing him, Rich Cimini of ESPN.com hears. Furthermore, Cimini hears that the Jets were never serious about him at any point this offseason. 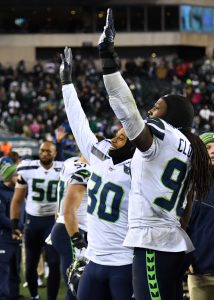 Clowney did his best to drum up interest from the Jets earlier this year, signaling a desire to join up with Gang Green. The Jets could use some help in the pressure department, but they’ve only got so much cap room to work with and bigger fish to fry. Specifically, they’re on the lookout for help at cornerback and they’ve got their sights set on former Titans standout Logan Ryan. As of this writing, they’ve got about $25MM to spend.

A confluence of factors have led to an unexpectedly long free agency spell for the former No. 1 pick. Beyond the pandemic and the ongoing unrest, Clowney’s asking price has proven to be a major hurdle. At the outset of free agency, Clowney was reportedly looking for $20MM/year. Then, he dropped it to about $17MM or $18MM. So far, it sounds like his best offer came from the Browns at around $12MM, a deal that Clowney’s camp rejected.

The Browns are still interested in Clowney, but the list gets murky after Cleveland. The two New York/New Jersey teams are out and the Eagles don’t want to approach his asking price either.