Alonzo Highsmith has gone from a Seahawks consultant to a full-time Seattle employee, as Brady Henderson of ESPN.com tweets. 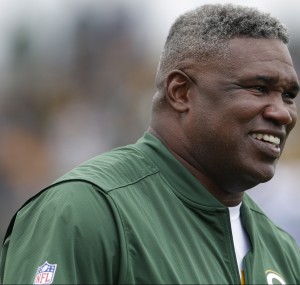 Highsmith is now listed as a “personnel executive” on the team website, signaling a larger and more permanent role within the front office.

Highsmith was a top lieutenant in John Dorsey‘s front office, up until Dorsey was replaced by Andrew Berry. In February, his Packers ties helped lead him to Seattle, working under John Schneider as a freelancer.

Highsmith hasn’t been afraid to go against the grain of the modern NFL, relying more on game tape than newfangled analytics. The 55-year-old has spent most of his adult life in football, having played in the NFL from 1987 through 1992. Then, he took a brief foray into boxing where he amassed a 27-1-2 record in the heavyweight division. In 2012, he began the third act of his career by joining the Packers in a senior front office role.

Meanwhile, there’s lots of work ahead for the Seahawks, even after the signing of 1,000-yard rusher Carlos Hyde. They may also be in the market for a starting-caliber cornerback, depending on how things go for Quinton Dunbar.