The Dolphins have released wide receiver Ricardo Louis and quarterback Jake Rudock, as first reported by ESPN.com’s Field Yates (on Twitter). The early cuts will help the Dolphins shape the roster to meet the league’s recommended 80-man roster max. 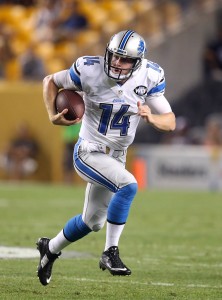 Louis joined the Dolphins in the spring of 2019 but did not play due to a knee injury. Prior to that, he spent three years with the Browns and tallied 45 catches for 562 yards. The Miami native was hoping to reassert himself with his hometown club, but he’ll have to seek work elsewhere.

Rudock also joined the Dolphins last year, but spent the year on the practice squad. The 2016 sixth-round choice of the Lions has just three career appearances to his credit. Even before the release, Rudock was facing long odds of making the active roster. Ryan Fitzpatrick, Tua Tagovailoa, and (possibly) Josh Rosen project to serve as the Dolphins’ active QBs to open the season.