No surprises here, but the Patriots have named Cam Newton their starting quarterback, as Jim McBride of the Boston Globe was first to report. Andrew Callahan of the Boston Herald adds that Newton has been voted a team captain (Twitter link). 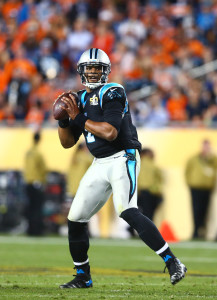 For a long time after Tom Brady‘s abdication, New England insisted that it was comfortable moving forward with second-year pro Jarrett Stidham as its starting signal-caller. But the team managed to sign Newton for peanuts at the end of June, and as soon as that happened, the 2015 MVP became the odds-on favorite to succeed Brady as the Patriots’ QB1.

Newton has undergone three surgeries since the beginning of the 2017 offseason — two shoulder procedures and a foot operation — and he has missed 16 of the last 18 games. His 2019 season was almost completely wiped out by injury, but he looked like his usual brilliant self through the first 12 weeks of the 2018 campaign, and he ended that year having completed a career-best 67.9% of his throws for 3,395 yards, 24 TDs, and 13 picks. He also showed that he can still make plays with his feet – he tallied 488 rushing yards and four scores on 101 carries.

The most recent reports out of training camp suggested that Newton has not been perfect in practices, but he has been plenty good enough to beat out Stidham — who has been dealing with a hip injury — and Brian Hoyer. And he clearly has ingratiated himself with his new teammates, as evidenced by his captaincy.

Things will feel very different in Foxborough this year without Brady, but between Newton and the Pats’ defense, New England may not be ready to give up its stranglehold on the AFC East just yet.