THURSDAY: Shanahan confirmed the team expects Tartt to miss the rest of the season due to turf toe. Tartt is set to be a 2021 free agent.

WEDNESDAY: The 49ers’ injured reserve list will house another starter for the time being. The team placed safety Jaquiski Tartt on IR on Wednesday. 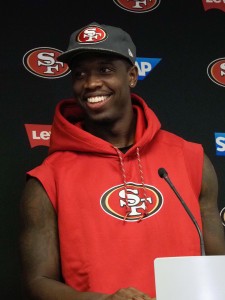 Despite being questionable to suit up for Week 9 with a groin injury, Tartt played in the 49ers’ loss to the Packers. But he left the game because of a foot issue and will now miss at least three weeks.

San Francisco has used Tartt as a first-string safety for most of his career. The 2015 second-round pick has started under three 49ers head coaches. Although the Trent Baalke regime selected Tartt, he signed an extension during the John Lynch–Kyle Shanahan era.

Injuries have been an issue for Tartt throughout his career, however. He landed on IR in 2017 and ’18 and missed four games during the 49ers’ most recent NFC championship season. This year, he follows numerous 49ers in being forced to miss extensive time due to injury.

The 49ers promoted running back Austin Walter to take Tartt’s place on their 53-man roster.