The Cardinals have agreed to sign cornerback Johnathan Joseph, according to Mark Berman of FOX26 (on Twitter). The Titans released the veteran earlier this week, enabling him to sign with any club. 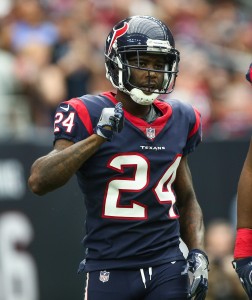 Joseph’s one-year deal with the Titans made him the NFL’s oldest corner in the 2020 season. He’ll keep that mantle — for now — though 37-year-old Tramon Williams could take it from him by signing with the Ravens.

Joseph, 36 years young, will help to fortify a quality secondary group in Arizona. Before the deadline, the Cardinals were said to be in the hunt for cornerback help, though they were tied to a much younger player in Chargers standout Desmond King. Joseph doesn’t profile as a potential replacement for Patrick Peterson in 2021, but he can offer support for the 5-2 contenders this year.

The former 2006 first-rounder will have a chance to debut on Sunday when his new squad faces the Dolphins at State Farm Stadium.