Browns “All Clear” After COVID-19 Testing

More good news for the Browns. After winning their first playoff game in ages, the team got an “all clear” on their latest round of COVID-19 testing, according to a source who spoke with NFL.com’s Ian Rapoport (on Twitter). 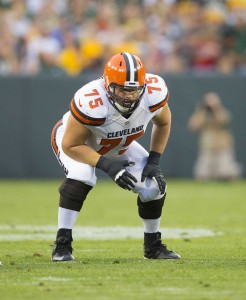 After jumping out to a 28-0 lead in the first quarter, the Browns held on for their first postseason victory since 1994. They did it without their head coach on the sidelines, too. Browns special-teams coordinator and Cleveland native Mike Priefer led the way, as Kevin Stefanski kept his distance. Stefanski is expected to be cleared in time for this weekend, when the Browns look to upset the Chiefs.

“I want to congratulate our fans — I grew up one of them,” said Priefer (via ESPN.com). “I know what this means.”

The Browns will also hope to have Joel Bitonio back in action. The Pro Bowl guard was held out against the Steelers after testing for COVID-19 — ditto for wide receiver KhaDarel Hodge and two offensive assistants.

6 comments on “Browns “All Clear” After COVID-19 Testing”