The Chargers are exploring Urban Meyer as a candidate, according to sources who spoke with Ian Rapoport and Mike Garafolo of NFL.com (on Twitter). Meyer has been non-committal in talks with the Jaguars, and that’s partially due to the Bolts’ interest. 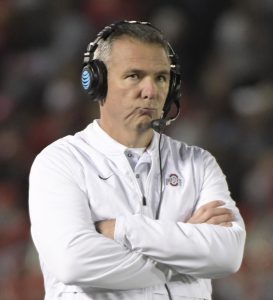 Meyer hasn’t had a formal interview with the Chargers yet, but that conversation could be just around the corner. So far, the Chargers’ search has been mostly focused on candidates with NFL experience, as shown in PFR’s 2021 Head Coaching Search Tracker:

The Jaguars have the No. 1 overall pick, but the Chargers may be a more attractive destination for Meyer. They already have a promising young quarterback in Justin Herbert, plus a ton of talent on the other side of the ball. In L.A., Meyer could have safety Derwin James, defensive tackle Linval Joseph, cornerbacks Casey Hayward and Chris Harris, and edge rushers Melvin Ingram and Joey Bosa at edge rusher.