After running into some injury misfortune over the past two seasons, Kawann Short is now set to be a first-time free agent. The Panthers are releasing the veteran defensive tackle, Adam Schefter of ESPN.com tweets. 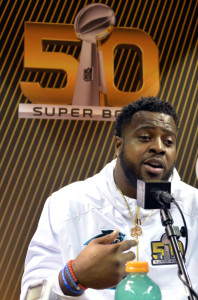 Short enjoyed a run as one of the league’s top D-tackles but ran into trouble with injuries recently. He will enter free agency having played in just five of the Panthers’ 32 games over the past two seasons.

Despite being a 2013 draftee, Short is already 32. He will not have much momentum going into free agency, but the two-time Pro Bowler should be able to secure a rebound deal in the near future. The Panthers gave Short a five-year, $80MM extension in 2017, and the former second-round pick rewarded the organization with a 7.5-sack season in 2017 and a Pro Bowl nod a year later. Short notched a career-high 11 sacks during Carolina’s 15-1 season in 2015.

The Panthers purged their roster of cornerstone players last year, and Short’s exit will continue a run of prior-regime anchor talents exiting Charlotte. Carolina will save $8.6MM by making this move. Thanks to a 2019 restructure, however, the transaction will cost the team more than $11MM in dead money. (This will not be a post-June 1 cut, Joe Person of The Athletic tweets, so the Panthers will take the entire dead-money hit this year.) Given Short’s injury troubles, this decision was expected.

Short suffered a partial rotator cuff tear early in the 2019 season and damaged his other shoulder in 2020. For his career, the Purdue product has 32.5 sacks and 59 tackles for loss. Short’s release also means the Panthers are down to one starter, Shaq Thompson, from their Super Bowl 50 appearance.