The Patriots are getting three of their key players back for 2021. After opting out of the 2020 season, linebacker Dont’a Hightower, safety Patrick Chung, and offensive tackle Marcus Cannon all plan to retake the field in 2021, as Ian Rapoport of NFL.com tweets. 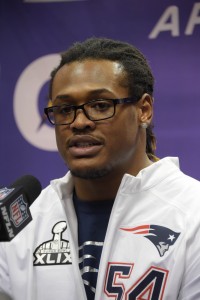 Hightower, 31 in March, was slated to make $8MM in base salary last year in what would have been his walk year. Instead, his contract tolled, tying him to the Pats through 2021. His deal isn’t necessarily cheap, but Hightower is one of the better on-ball linebackers in the NFL. Even with the numbers crunch, the Pats are expected to keep him.

And, besides, releasing Hightower would save only $9.95MM, and it wouldn’t be easy to replace his production. The same goes for Chung. Cutting him would save just $1MM on the books and he could still have a role on defense alongside the likes of Kyle Dugger and Adrian Phillips.

Cannon, meanwhile, isn’t guaranteed to remain on the roster between now and September. The Patriots could pocket $7MM by cutting him and sticking with Michael Onwenu at right tackle. Cannon has impressed in the past, but he showed signs of decline in 2018 and 2019. Alternatively, the Patriots could keep Cannon as their RT and slot Onwenu at left guard, provided that Cannon is willing to take a pay cut.