Ha Ha Clinton-Dix did not play last season; the Cowboys released him prior to Week 1. But the former first-round pick has drawn some interest this offseason. 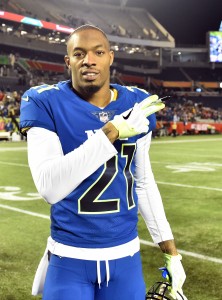 Prior to Clinton-Dix’s Cowboys agreement, he played for the Packers, Washington and the Bears. He has never missed a game due to injury and has started every game in which he has played since taking over as a Green Bay starter as a rookie in 2014. Clinton-Dix made the Pro Bowl in 2016 and graded as Pro Football Focus’ No. 19 overall safety in 2019.

Las Vegas has Johnathan Abram and ex-Cowboy Jeff Heath returning at safety, with Erik Harris on track for free agency. Despite Clinton-Dix’s extensive experience, he will only be 28 this coming season. Considering his 2020 absence, the former Alabama star would certainly be available at a low-cost rate.