The Seahawks and Tre Brown agreed to terms on his four-year rookie deal, according to the team. Seattle now has its 2021 draft class under contract. 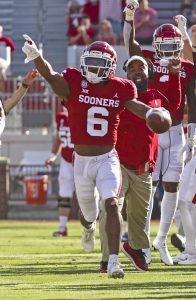 Of course, this proved a simpler task than in most cases. The Seahawks made just three picks this year. That marked the fewest in the NFL and eclipsed their five-man 1997 draft — headlined by top-six picks Shawn Springs and Walter Jones — for the fewest in franchise history.

A cornerback out of Oklahoma, Brown is ticketed to begin his career on the boundary. While the Seahawks have generally preferred tall corners on the outside under their current regime, the 5-foot-10 Brown will line up there once team drills commence. Brown, whom the Seahawks selected at No. 137 overall, intercepted three passes last season and played a regular role for the past three Sooners teams.