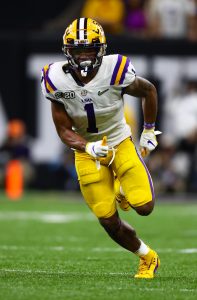 Chase opted out of the 2020 season at LSU, but that didn’t bother NFL evaluators much. In the previous year, Chase set SEC single-season records in receiving yards (1,780) and receiving touchdowns (20). That same Burrow-led offense produced three skill position players that went in the first round of the 2020 draft, including Justin Jefferson. Chase, according to many scouts, is an even better prospect.

“I thought Chase was on a different level [than Jefferson],” one scout told The Athletic earlier this year. “Watching what Jefferson did this year (with the Vikings), that just makes me say, ‘Good Lord.’ Honestly, I thought (Chase) was the best receiver in the class last year.”

Here’s the full rundown of the Bengals’ 2021 draft class — now signed from top to bottom: