Sam Young has retired, per an announcement from the Raiders. The offensive tackle re-signed with the team just a month ago, but he’s opted to hang ’em up instead. 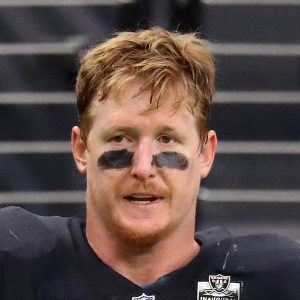 Young was expected to slot into the Raiders’ offensive tackle rotation, behind left tackle Kolton Miller and unexpected first-round pick Alex Leatherwood. Young would have been one of the first tackles off of the bench and an insurance policy for Leatherwood, if he proved to be too green. But, based on the reviews Leatherwood has been getting out of practice, there might not have been much playing time left for Young anyway.

Young was never an elite tackle, but he did enjoy a lengthy pro career. On the whole, he’s got 103 appearances to his credit across eleven pro seasons. That includes eleven games (seven starts) for the Raiders in 2020. We here at PFR wish Young the best in retirement.