The Browns will place starting linebacker Anthony Walker on injured reserve with a hamstring strain (Twitter link via Adam Schefter of ESPN.com). Fortunately, it’s expected to be a short-term matter, which means that Walker should return in three weeks. 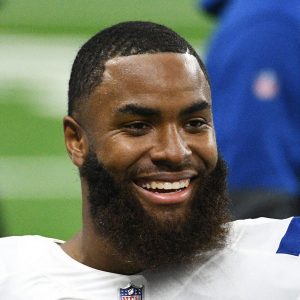 Walker started alongside Darius Leonard for three seasons with the Colts. Working as Indianapolis’ primary middle linebacker, he registered 321 tackles from 2018-20 and did not miss a game. He also posted 18 tackles for loss in that span, including 10 in 2018. Pro Football Focus did not grade Walker particularly well last season, slotting him near the bottom of its linebacker hierarchy.

Still, the Browns saw potential in the former fifth-round pick and moved quickly to sign him to a one-year, $3MM deal in March. He should resume his starting role on the other end of this IR stint and can return as soon as 10/10 against the Chargers.

One comment on “Browns Place Anthony Walker On IR”