On Thursday, Lions head coach Dan Campbell confirmed that the team is indeed shopping linebacker Jamie Collins (Twitter link via Chris Burke of The Athletic). Campbell also says the veteran will be away from the team as they explore trade possibilities. 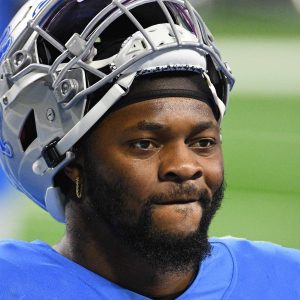 Signed during the Lions’ Bob Quinn–Matt Patricia regime, Collins is set to earn in $3.8MM base salary this season. He’s also under contract through 2022, the final year of his three-year, $30MM deal pact. Collins’ base salary — reduced via restructuring earlier this year — should be manageable for interested teams. The Lions, meanwhile, would take on $11MM+ in dead money by dealing Collins.

The Lions are looking to deploy rookie Derrick Barnes in Collins’ place. He hasn’t seen a ton of significant action yet, but the Lions are eager to shake things up after their 0-2 start.

Collins, 32 in October, has been here before — the Patriots traded him to the Browns midway through the 2016 season. He returned to the Pats in 2019 and enjoyed a bounce-back season before hooking on with Detroit. He went on to notch his fourth 100-plus-tackle slate last year (101 stops) while forcing three fumbles. Still, he’s too old to be a part of the Lions’ rebuild.

Through two games, Pro Football Focus has Collins ranked No. 24 among the league’s off-ball linebackers.