The Lions can’t catch a break. Pro Bowl center Frank Ragnow will be shut down for the year after undergoing season-ending toe surgery (Twitter link via NFL.com’s Ian Rapoport). Previously, there was hope that Ragnow could return after a short stint on the IR list. 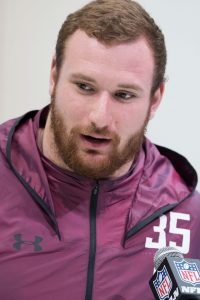 “He’s got, basically, a version of turf toe right now is what he’s got,” said Lions head coach Dan Campbell less than one week ago (via ESPN.com). “We’ll know a lot more this afternoon with him. I would say he’s probably going to be out [for a little while] though.”

The winless Lions have already lost several key players to injury, including left tackle Taylor Decker, edge rusher Romeo Okwara, and wide receiver Quintez Cephus. Up until this latest issue, Ragnow was mostly healthy throughout his career, save for three missed games.

Ragnow been first-string for Detroit ever since he was taken with the No. 20 overall pick in 2018. At first, the Lions used the Arkansas product at left guard. In 2019, they shifted him to the middle. And, in May, they made him the highest-paid center in the NFL with a $70MM re-up. That deal cemented his status as a pillar of the Lions’ offensive line and vaulted him ahead of Chargers C Corey Linsley, who led the position with a five-year, $62.5MM pact.

The wounded Lions will face the 3-2 Bengals on Sunday.